What happens during a federal plea or re-arraignment hearing? [2022] 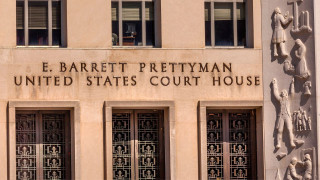 If you have been arrested for a federal crime, you will be asked to enter an initial plea of "guilty" or "not guilty" very early in the process. This can be confusing and overwhelming, especially if this is your first time in the federal justice system. In this article, we are going to explain when you enter a federal plea and what happens during that proceeding, which is referred to as an arraignment or re-arraignment.

Please also take a moment to watch the informative videos by Board Certified Criminal Defense Attorney Benson Varghese, who provides valuable information about the criminal process in the federal system.

When do you enter a federal plea?

Shortly after you are arrested for a federal offense, you will have an initial appearance before a magistrate who will inform you of your charges and advise you or your rights – including your right to an attorney, right to a preliminary and detention hearing; and right to remain silent.

If you already have an attorney at the initial appearance, it's possible that you could also be arraigned at that time and asked to enter a plea of guilty or not guilty. If you do not have an attorney, the arraignment will be scheduled later but still very quickly after your arrest.

During the arraignment, the judge will read the criminal complaint or indictment and ask you to enter a plea of "guilty" or "not guilty." During a federal plea proceeding, the judge is required to make sure you:

2) understands the rights you are giving up;

3) are competent to proceed; and

4) are entering a plea voluntarily.

During the initial arraignment, most defendants enter a plea of "not guilty." A "not guilty" plea is standard at this stage in the process, as the defendant needs time to receive and review the governments evidence and consult with their attorney at length before making a final decision on how to proceed or plead.

After federal defendants review evidence, consult with attorneys, and negotiate with the government, they often decide to change their "not guilty" plea to "guilty" as part of a plea bargain to take advantage of any benefits offered by the government. To change their plea, another hearing will be held, which is often referred to as a "re-arraignment."

At re-arraignments, the judge will often take guilty pleas from numerous defendants at the same time. This is because most of the plea colloquy is the same and, if the judge were to handle each defendant's re-arraignment separately, it would tie up hours of the courts valuable time.

In the federal system, it's important to understand that most cases do not end up in a jury trial where citizens listen to evidence and decide if someone is guilty or innocent. Most federal defendants plead guilty as part of a plea bargain with the government and then proceed to sentencing before a federal judge. This is a big difference between the federal system and the state system.

A federal plea colloquy refers to the conversation between the presiding judge and a defendant during a federal plea proceeding in which the defendant enters a guilty plea. In order for the plea to be valid, the court must cover very specific areas to ensure that the plea is made intelligently, knowingly and voluntarily.

As mentioned, most federal defendants end up pleading guilty as part of a plea agreement with the U.S. government. Unlike the state system, the defendant and prosecution do not reach an agreement on a specific sentence in exchange for a guilty plea. This is a very important caveat. In exchange for pleading guilty, the U.S. government might agree to dismiss some of the charges or will agree to recommend to the judge a sentencing range on the lower end, but there is no guarantees in the federal system.

This is because the judge – and only the judge – has the power to sentence a person in the federal system. Juries do not decide punishment in federal criminal trials. So, even if you were to go to trial, the jury would only decide guilt or innocence, they would not assess punishment. The sentence is entirely up to the judge.

So it's important to understand that, even in cases where there is a plea agreement with the government, the judge has the final authority to accept or reject it.

The judge will also advise the defendant that they don't have to enter a plea of guilty, and instead, could force the government to a jury trial. At trial, the government would have to prove each element beyond a reasonable doubt. The defendant would have the right to confront and cross-examine witnesses, to use the subpoena power of the court, and to choose to testify at trial. The judge then asks the defendant if he or she understands those rights and if voluntarily giving them up to enter the plea.

It's important to note that defendants entering into a federal plea agreement also give up their right appeal – unless the sentence imposed is outside the statutory range or if there was some mistake in the mathematical calculations used to arrive at the sentence. The judge will also advise the defendant of that right.

As mentioned, there are no sentencing guarantees or promises in the federal system and the judge will make sure that the defendant understands that during the federal plea proceeding. The judge will confirm that, although the defendant should have talked to his or her attorney about the possible sentence a court might impose, no one – including the judge, prosecutor, defense, probation, or pre-trial services – could make any assurances as to what the actual sentence would be.

Once again, it is critically important to understand that federal defendants enter into a plea blindly as to what the actual sentence will be. In the federal system, the range of punishment can be extremely broad. For example one end of the spectrum could be five years, while the other end is effectively a life sentence.

After the judge ensures the defendant understands how the process works, the judge will inform the defendant that if they plead guilty, they will be found guilty but there will be an opportunity at (and before) sentencing for the defense to ask for leniency.

The judge will then ask questions to ensure the plea is voluntary – free from any threats or specific promises that induced the plea. The judge will also advise the defendant that there is no parole in the federal system.

After the sentencing warnings, the judge will ask if the defendant if he or she wants the indictment read. Generally, this is waived. The judge will then call on the prosecutor to read the essential elements of the offense and the punishment range into the record.

After all of that plea colloquy – ensuring that the defendant understand the process, the charge, the punishment range, the factual basis for the plea, how sentencing works, and the rights the defendant is giving up – the judge will ask how the accused pleads.

Federal pleas can be – but rarely are – changed after a person pleads guilty. The person changing the plea should expect to lose any credit they would have gotten for acceptance of responsibility.

Can I watch a federal plea hearing?

Yes, federal courtrooms are public courtrooms. If you want to watch a federal plea hearing, it's important to remember to leave all electronic devices in your car. Unless you are an attorney, you cannot take a phone, laptop or any other electronic device into most federal courthouses. You will have go through a metal detector, so dress accordingly. Loud talking, smoking or cursing will not be tolerated. You must also stand when a judge enters a courtroom, so it might be a good idea to brush up on courtroom etiquette.

If you or a loved one is facing a federal charge in the Northern or Eastern Districts of Texas, it's imperative to be represented by a skilled and experienced federal defense attorney. As you can see, the federal process is much different than the state process. Our team has vast experience handling various federal cases and will do everything in our power to achieve the most favorable result possible. Call 817-203-2220 for a free consultation with a federal criminal defense attorney to discuss your rights and strategies for a trial or a plea

Jury Sequestration: What Is It and What’s the Purp...
How to Prepare for a Federal Presentence Interview