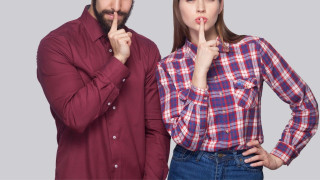 If your spouse has been accused of a crime in Texas, can you refuse to testify at their trial? In most cases, the answer is yes – but there are some exceptions. Here's what you need to know about spousal immunity in Texas.

What is spousal immunity in Texas?

Spousal immunity is a long-standing rule that says an individual cannot be forced to testify against their spouse in a criminal case. The rule, which is defined in 504(b) of the Texas Rules of Evidence, was implemented to preserve the integrity and sanctity of marriage.

What does Texas law say about spouses testifying against each other?

In Texas, two rules protect couples from possibly incriminating each other: Confidential Communication Privilege and Privilege Not to Testify in a Criminal Case.

Together these rules are referred to as "Spousal Privileges" or "Husband-Wife Privileges" and are defined in Rule 504 of the Texas Rules of Evidence. We will break down each rule below.

Let's say your husband or wife was accused of a serious crime and the prosecution wanted to call you to the stand and question you about his or her behavior or verify their whereabouts on the night in question. During questioning, you would be under oath, which means you would be required by law to tell the truth and could be charged with perjury if you did not.

A couple of things are worth noting. This only keeps the State from being able to call you against your will if you are the spouse of the accused. The defense could call you. Second, the privilege is yours, not the accused. The accused could not assert the privilege for your or keep you from testifying if you wanted to.

Can I voluntarily testify for the state in my spouse's trial?

Yes, it's important to understand that it is the defendant's spouse who holds the spousal immunity privilege in Texas, meaning it is their decision whether or not to invoke it. If a spouse wants to voluntarily testify for the state, he or she can do so, even if the defendant objects.

What if my spouse (the defendant) wants me to testify for the defense?

Spousal immunity does not prohibit the defendant from calling his or her spouse as a witness. If the defendant wants to call their spouse to the stand, then they will be compelled to testify.

What are the exceptions to this privilege in Texas?

The marital communication privilege is a rule that protects private conversations between spouses from being used as evidence in a criminal trial. This rule is defined in Rule 504(a) of the Texas Rules of Evidence.

What is the marital confidential communications privilege in Texas?

The privilege applies to any conversation that took place between a husband and wife, as long as the couple was married when the conversation occurred and they were not legally separated at the time. The conversation must also have been meant to be confidential, meaning that the couple had an expectation of privacy.

Who holds the confidential communications privilege?

Either the spouse (witness or defendant) can assert this privilege. When a married couple has a private conversation, they can't be asked about it on the stand if either spouse objects. In other words, either spouse may prevent the other from disclosing their communications.

What are the exceptions to marital confidential communication privilege?

There are some exceptions to the marital confidential communications privilege. You cannot refuse questioning if:

Spouse Accused of a Crime? Speak to a Fort Worth Criminal Defense Attorney

If your spouse has been accused of a crime, it's important to speak to an experienced criminal defense attorney. A seasoned lawyer can help you understand your rights and options, and can ensure that your spouse's rights are protected throughout the legal process.

At Varghese Summersett, our Fort Worth criminal defense attorneys have decades of experience handling all types of criminal cases, including those involving spousal immunity and marital confidential communications. We understand the stress and anxiety you are feeling, and we will work tirelessly to help you get through this difficult time.

What is a war crime?
Bank Jugging: The Crime Explained