How Much Do You Get Paid as a Criminal Lawyer? 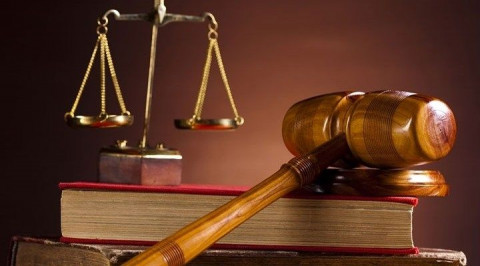 When most people think of a criminal lawyer, what comes to their minds is someone vehemently questioning witnesses and making passionate arguments in court. While there is some truth to that, a criminal lawyer's job description goes beyond representing someone in court.

The term "criminal lawyer" can be misleading. It makes some people think that such lawyers only represent criminals. However, that is not the case.

Legally speaking, a criminal is someone who has stood trial and been convicted of a particular crime by a judicial body like a court. When an individual is accused of a crime, they'll need legal representation regardless of their guilt or innocence. A criminal lawyer is a person to represent them in such matters.

In a nutshell, a criminal lawyer helps an accused individual (defendant) to build their case and defend themselves against criminal charges. This may involve investigating the facts of a case, corroborating witness testimony, cross-examining witnesses in court, and everything in between.

Average Salary of a Criminal Lawyer

For many people, criminal lawyers are the cream of the crop as far as legal practice goes. Making arguments in court, following up on all details of a case, and doing everything to prove their client's innocence means that being a criminal lawyer is a tedious job. For all their efforts, criminal lawyers receive decent remuneration.

The average salary of a lawyer is around $75 000 a year. Of course, entry-level lawyers tend to earn a lower figure while seasoned ones make more than that.

It's difficult to get an accurate figure that represents what the majority of criminal lawyers earn. This is because a criminal lawyer's earnings are heavily influenced by several factors. These factors include:

In nearly every jurisdiction, the law is such that everyone has a right to fair legal representation when they're accused of a crime. However, not everyone can afford to pay the legal fees of a lawyer. That's where legal aid comes in.

Legal aid is a system created to ensure that everyone, regardless of their financial circumstances, can afford to have a lawyer represent them in court. In many jurisdictions, legal aid comes in the form of lawyers employed by the Public Defender's Office. Such lawyers represent those who can't afford to hire a private lawyer. The state pays these lawyers working under the banner of legal aid.

Generally, lawyers working in the private sector tend to earn more than their colleagues in the public sector. The public sector usually means being employed by the government. Government agencies that employ lawyers tend to have a fixed budget allocated for salaries. A lawyer working in the private sector can earn more money depending on how much work they puts in. For instance, a criminal lawyer that opens their own practice can make more money compared to one working for the prosecutor's office. The earnings of a criminal lawyer in private practice can include things like bonuses. Such added incentives are usually not available for government lawyers.

In private law firms, hierarchy is a big deal. Earnings are usually determined according to rank. The hierarchy at a typical law firm starts with equity senior partners at the top. These are usually senior lawyers with shares in the law firm. As such, they get a cut of the firm's profits in addition to what they earn depending on their billable hours. Next are the non-equity or junior partners with the senior associate just below them. The junior associates are at the bottom. Earnings at such law firms are directly tied to one's standing within the hierarchy. A criminal lawyer at the top of the hierarchy can expect to make more money than one at the bottom.

Many companies and corporations have criminal lawyers on their books to handle any legal issues that may arise at the workplace. Such lawyers tend to earn moderate salaries as determined by the company's remuneration structure. Law school professors with a focus on criminal law tend to earn more than in-house criminal lawyers. This is because such law professors tend to work on a freelance basis. This means they can take on as many clients as their time allows.

Criminal lawyers in some places tend to earn more money than average. For example, being a criminal lawyer in a small town is less remunerative than being one in a big city like New York, where criminal lawyers charge more per billable hour.

Ultimately, how much money a criminal lawyer makes will greatly depend on their expertise, training, and the kind of cases they try. For many people facing serious charges like murder or drug trafficking, getting the best criminal lawyer available is usually a priority. If the lawyer has a good track record of getting favorable verdicts for clients, their legal fees tend to be on the higher end of the spectrum. These are the kinds of criminal lawyers that earn the highest salaries.

What Questions Should I Ask a Potential Divorce La...
What are my rights if I have been injured offshore...

More posts from author
Thursday, 19 January 2023 ​How to Find a Good Divorce Lawyer
Thursday, 12 January 2023 When Do I Need A Lawyer For an Accident
Saturday, 24 December 2022 What are My Rights as an Injured Miami Cruise Ship Employee?