Five Common Criminal Court Objections: What Do They Mean? [2022] 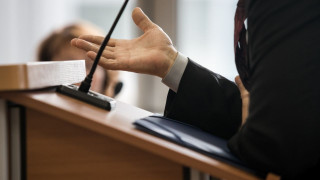 During criminal trials and proceedings, you will see attorneys stand up and make various objections. But what do these objections mean? And why are they being made?

Criminal courtroom terminology and proceedings can be confusing for those not familiar with the law. In this blog post, we are going to explain five of the most common criminal court objections so you can understand what's happening if you are ever on the witness stand – or just a curious courtroom observer.

"Objection! Hearsay, your honor." Hearsay is one of the most common criminal court objections and basically refers to second-hand information. The basic concept is that statements made by an out-of-court third party cannot be used to establish the truth. This is because the opposing party can't cross-examine them and test their credibility.

Simply put, when someone is testifying in a criminal trial, they are not allowed to say what someone else told them. That is referred to as "hearsay" and is generally inadmissable. For example, if Bill tells his friend John that he saw Joe commit a murder, and then John testifies in court about what Bill told him, that is hearsay.

The hearsay rule is in place to prevent people from testifying about things they did not hear or see with their own two eyes. It's important to have first-hand testimony in criminal trials so the jury can make a decision based on what they heard directly from the witness, and not just what that witness was told by someone else.

If a statement is deemed hearsay, it will be inadmissible unless it falls into an exception. If there is an exception to the hearsay rule (and there are many of them), the judge will let the witness know and allow them to answer the question.

"Objection Judge – Leading!" When a prosecutor or defense attorney is questioning a witness, they are not allowed to ask a question in a way that suggests an answer or puts words in their mouth.

For example, a leading question would be, "You saw the defendant hit the victim with a bat, didn't you?"

Asking leading questions is not allowed because it can bias or influence the witness's testimony. The attorney is supposed to let the witness answer the question without giving them any hints as to what they should say. If an attorney asks leading questions, the judge will usually sustain these criminal court objections and tell them to ask a different question.

"Objection, Relevance." This objection is typically made when an attorney is questioning a witness about something that doesn't have anything to do with the case before the court.

For example, if a witness is testifying about a fatal car crash, and the prosecutor starts asking the witness questions about a shoplifting incident that happened 20 years ago, the defense attorney would object on relevance grounds.

The judge will usually sustain criminal court objections on the grounds of relevance and tell the attorney to move on to something else. The reason relevance matters is because jurors can be easily distracted or influenced by information that doesn't have anything to do with the case they are supposed to be focusing on. If something is not relevant, it can also be unfairly prejudicial, meaning it could make the jury unfairly biased against the defendant.

"Objection, Speculation." This objection is typically made when a testifying witnesses is asked to guess, estimate, or make assumptions about something.

When an objection is made on speculation grounds, the judge will usually sustain the objection and tell the attorney rephrase their question or move along.

"Objection! Non-Responsive." This objection is typically made when a witness gives an answer to a question that doesn't directly respond to what was asked.

For example, if an attorney asks the witness what the defendant was wearing at the time of the robbery, and the witness starts talking about what they had for breakfast that day, the attorney could object on non-responsive grounds.

Questions about other criminal court objections?

And remember, if you are ever called to testify in a criminal trial, it's important to listen to the questions carefully and answer only what is asked. If you don't understand a question, let the attorney know and they will rephrase it. Try not to get too flustered on the stand, and most importantly, always tell the truth.