What Is Considered Aggravated Assault With a Vehicle? 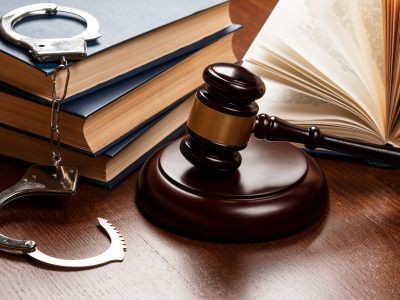 Aggravated assault by vehicle is a jarring experience that usually leaves the driver involved worrying about the legal consequences. You may face felony criminal charges even if no one died in the car accident because vehicles are considered a serious weapon capable of causing grievous bodily harm. This article will offer all the information you need to understand the circumstances you are facing and the best course of action to take.

Definition of Aggravated Assault With a Vehicle

Aggravated assault is covered in ARS §13-1204. It is defined as when one individual knowingly, recklessly or intentionally causes serious bodily harm to another or uses a dangerous weapon/instrument to assault another. This law considers cars as deadly weapons/instruments Anyone that uses a car to commit an assault against another person will likely face the enhanced felony charge of vehicular aggravated assault.

Persons who commit vehicular aggravated assault by accident or recklessness are likely to have more mitigating factors in court compared to those who intentionally and maliciously committed the crime. Any accident that is caused by a driver under the influence of drugs or alcohol which results in serious bodily harm can also result in charges of aggravated assault with a vehicle alongside DUI charges.

Prosecutors often charge drivers who are reckless because people rarely intentionally or knowingly cause injury using a vehicle. It is much harder to prove that someone was trying to run over another person or scare them using a vehicle; if such evidence exists, the prosecutor will also charge malicious drivers.

Aggravated Assault with a Vehicle Without Driving

You will probably be shocked to learn that you can get charged with vehicular aggravated assault without ever getting behind the wheel. You can be charged with this crime for inflicting any type of bodily harm on another person by using a motor vehicle. Examples of such instances of vehicular aggravated assault include: locking someone in a hot car, rigging the gas tank to explode, slamming someone against the car, locking someone in the trunk, leaving the car in neutral then allowing it to run over a person or into a building and running the car in an enclosed place to cause suffocation.

What To Do If Charged With Aggravated Assault With a Vehicle

Aggravated assault with a vehicle is a felony crime that carries the same legal consequences as homicide by vehicle. It is a serious criminal offense. You will need to hire an experienced lawyer as soon as possible to achieve the best outcome available for your case. If convicted of this charge you could face imprisonment, hefty fines and a criminal record you will have to disclose in certain situations e.g. job interview.

A reputable lawyer will analyze the evidence against you, explain your legal position, offer expert advice, develop the best defense available to you and gather evidence in your defense. The right defense could minimize the impact of your charges or have them dismissed altogether. Even in the event of a guilty verdict, the skilled lawyer will try and negotiate a reduced sentence by attaching evidence of mitigating factors. The sooner you hire a lawyer, the better your chance of beating the charges.

Defenses for vehicular aggravated assault will depend on the type of evidence the prosecution presents against you. Each case is unique and the defense that works perfectly for one person may be disastrous for another. Your lawyer will evaluate the unique circumstances of your case and develop the most appropriate defense for you.

You can defend yourself against vehicular aggravated assault charges by proving that you were not involved in the accident because of recklessness, intoxication or intention. Disproving these essential ingredients of the crime is a complex legal field that is best left to certified professionals. You can also provide proof that the accident was caused by another factor e.g. lack of road signs or fault of a third party. If successful, your lawyer could get the charges against you dropped, or, in the case of a guilty plea, get you a reduced sentence.

Most reputable law firms offer free case consultation sessions that you can take advantage of to get personalized advice on your case.

The penalties for vehicular aggravated assault differ depending on the circumstances of the case and the type of conviction sought by the prosecution. The offense can be charged as a class three felony which attracts a minimum prison sentence of five years, a presumptive sentence of seven years and a maximum sentence of fifteen years. If the victim was a minor of under fifteen years, there is a chance that the prison sentence may increase.

If the charges are brought as a class three non-dangerous felony, the defendant is likely to face a reduced prison term. This occurs when the jury decides that the car was not used as a dangerous instrument even though the defendant's behavior still resulted in serious bodily harm or disfigurement. A defendant with a previous criminal record will face more severe sentences compared to one without a criminal record.

Vehicular aggravated assault charges are capable of changing the course of your life. If you are facing such charges, it is advisable to seek professional legal help as soon as possible. Ensure you choose a lawyer that has lots of experience handling cases like yours. Experienced lawyers know the ins and outs of the criminal justice system, which can be vital to a positive outcome in your case.

What Is The Difference Between Business Law And Co...
What Happens if Someone Refuses to be Served?