What is a war crime? 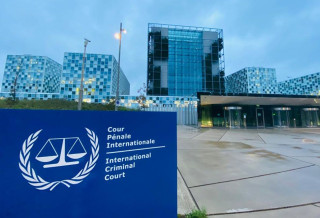 What is a war crime?

War crimes are "grave breaches" of international laws designed to hold individuals criminally responsible for actions that take place during an armed conflict.

The International Criminal Court in the Hague prosecutes war crimes. The ICC works closely with the United Nations but is not a part of the UN. War crimes can also be prosecuted through an international war crimes tribunal or a tribunal set up through a formal group of nations such as Nato.

What are examples of war crimes?Will there be a prosecution based on the Russian invasion of Ukraine?

The United Kingdom and 37 other countries have made a referral to the ICC for the attacks in Ukraine. This is the largest referral made in the history of the ICC. The referral – considered a "state party referral" allows the prosecution to move forward with an investigation without judicial approval.

The basis of the referral was the indiscriminate targeting of civilians in Ukraine. The court's chief prosecutor, Karim Khan, said the investigation would include any offenses that have occurred during Russia's full-scale invasion into Ukraine.

While Ukraine is not an ICC member, it accepted ICC jurisdiction in 2013 after Russia's invasion and annexation of Ukraine's Crimea peninsula. Russia does not recognize the jurisdiction of the ICC and cannot be expected to voluntarily hand someone over for prosecution. In order for a Russian to become subject to prosecution, the alleged war criminal would have to be apprehended and brought to an international court based on evidence directly linking the individual to specific war crimes.

The ICC does not have the ability to make arrests. The alleged war criminal has to be brought to the court by a member state.

What if the alleged war criminal was just following orders?

The Nuremberg defense is not a defense as to culpability. In other words, it is not a defense that a suspected war criminal was simply carrying out the orders of a more senior officer. This defense may be used as mitigation, however, and can be considered in reducing the punishment for the crime.

Can Vladmir Putin be prosecuted for a war crime?

The ICC prosecutes individuals. To prosecute a particular individual, there has to be evidence tying a particular crime to a particular person. Vladamir Putin could be prosecuted under a legal doctrine called "command responsibility." Under this doctrine, a commander who orders a crime – knows of a crime or is in a position to know of a crime – and did nothing to prevent those crimes – can be held responsible.

Independent of the ICC, the United States and 44 other nations have begun an investigation into possible war crimes after the United Nations Human Rights Council resolved to establish a commission of inquiry.

Certain charges (such as aggression) can only be prosecuted after a referral from the United Nations Security Council.