The Importance of Working with a Reputed Lawyer 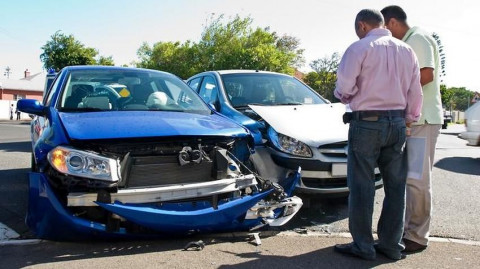 When you're looking for a lawyer, you shouldn't try to save money by picking the cheapest one you can find – even though you think they're good enough at what they do.

Many times, people who have been involved in car accidents, for example, rely on the easiest and simplest option. Namely, they go for the first auto accident lawyer that they can find, without further research.

Naturally, this will most likely result in them losing their case in court or having an unfavorable settlement. As such, if you want to get the best out of a lawsuit/ settlement, you should do your best to work with a reputed lawyer!

First, it is worth mentioning that a higher fee practiced by a certain lawyer doesn't necessarily mean that they are the best at their job. One of the major issues of the law industry is that there are plenty of substandard law professionals that are offering their legal services for higher fees, but lack the competence to deliver good results or any at all!

As such, working with a reputed lawyer doesn't imply having to pay a higher fee than usual!

The very first reason why it's important to work with a reputed lawyer is the fact that they'll become your trusted companion and give you all the time and attention that you need.

In short, they fight for your legal rights with enhanced accountability, as well as commitment, and they also provide you with the help you need to get out of difficult situations.

A reputed lawyer will always be easier to talk to because you know you can be entirely honest with them!

Unlike many substandard lawyers, reputed and professional lawyers take their time to investigate you and your issue. They perform detailed discussions with you to find out exactly what you require.

On top of that, they'll also keep you up to date daily so that you feel comfortable working with them, as well as relaxed.

Naturally, we don't have to mention that, when talking with you, they'll use the most convincing and logical arguments to explain a certain scenario to you. Reputed lawyers won't let you figure out anything on your own!

Last but not least, a reputed lawyer will always make sure that their client gets what he/she deserves and won't settle for less. While substandard lawyers may want to get rid of the issue – in this case, you -, settle for less and get your case off their hands, and reputed ones won't do so.

Moreover, reputed lawyers are known for handling things on their own. If you are involved in a settlement, for example, they'll act on your behalf while you can relax and trust that everything will be ok!

It goes without saying why it's important for you to work with a reputed lawyer! Even though in some cases, they may be more expensive than your everyday lawyer, they come with impressive results.

As such, a reputed lawyer comes with an impressive case record, probably fame, relations that might help your case, and the assurance that your case is in the best hands!