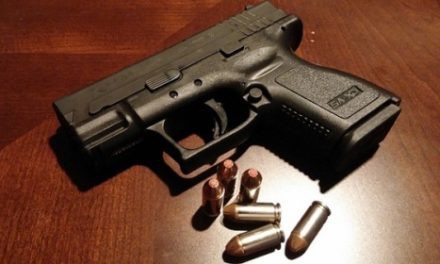 These days so many talk about concealed carry low. The debates are as strong as when the mass shootings happened. Unfortunately, the big problem is that people do not actually know much about the law but they do tend to believe what others say. Because of this, various misconceptions and myths appeared. Remember the fact that there are differences between the laws that exist in different US states so you will need to be aware of current situations based on where you get your CCW free course done. However, the common misconceptions you should not believe are the following.

Guns Can Be Carried Everywhere

This is simply incorrect and laws will vary based on state, although there are different places that will be off-limits for the permit holders. This does include government properties as guns fall under federal law. We also have concealed guns that are prohibited in some states in courthouses, school grounds, at worship places and where alcohol is served.

Gun Training Is Not Needed

In most of the states you actually have to prove that you went at least through basic training that covers gun skills in order to get the carry permit. You can also offer proof of equivalent experience. Military training is the best example of that.

Permit Proof Does Not Have To Be On The Holder

This is basically true when you are at your business place or inside your own home. In all other locations you need to carry your permit with you, together with valid photo identification. If you are caught with a gun and you do not have these on you there will be some big problems that you will have to deal with.

Guns Can Be Concealed From Law Enforcement

Generally speaking, the permit holder has to show proof when it is requested. However, even if CCW disclosure may not be necessary by law in the state where you live, it is a really good idea to disclose concealed weapon location and present the permit whenever you interact with anyone in law enforcement in an official setting.

Travelling With Concealed Guns Is Allowed

This is not actually the case, mainly because the laws will differ from state to state. There are requirements that are imposed in some about how the guns will be transported. For instance, when you drive you may need to hold it in closed containers or in secured holsters. Gun disclosure will be necessary and different procedures have to be followed when you are at the airport. At the same time, if you intend to travel with your gun, you need to be aware of the laws of the state you travel to.

If you do not know something about concealed carry the best thing you can do is to talk with an attorney. The misconceptions above are just some of the numerous ones that exist. You want to be sure that you know as much as possible about your rights, what you are allowed to do and what you are not allowed to do.

Tweet
Tags:
mass shootings law misconceptions laws states
What to Do After an Accident in California
Whistleblower Protection Act Starting To Work In U...

More posts from author
Thursday, 06 May 2021 Reasons to Hire a Medical Negligence Lawyer
Monday, 26 April 2021 Who Can File a Wrongful Death Lawsuit in Florida?
Friday, 09 April 2021 8 Tips to Help You Find a DUI Lawyer That's Right For You

Money And The Law When It Comes To Drugs And Alcohol

What might the Californian three strikes law mean for you?