What Should an American Do If Arrested on a Criminal Offence in Australia? 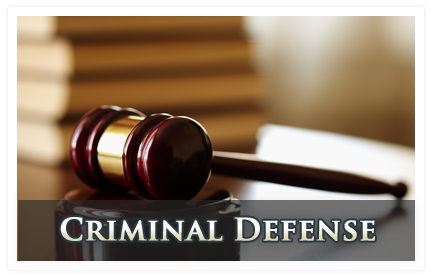 Have you ever thought about what would happen to you if you were arrested in another country while there on an American passport? When travelling to Australia from the United States, you should understand that the legal systems, although different in some regards, work similarly when it comes to criminal offences.

No matter what country you come from, be it the United States, Canada, France or even as an Australian citizen, if you break the law in Australia, you are subject to being arrested, prosecuted and sentenced to jail if found guilty. So, what then should you do if you are an American citizen visiting Australia and you are arrested and charged with a crime?

Your first thought as an American citizen on foreign soil might be to notify the U.S. Embassy or the Consulate. While you need to do that, the thing you should understand is that they will not defend you in a court of law. For that, you'd need to hire an Australian lawyer who specialises in criminal defence. It also matters where you are being charged as Australia is a large country and most crimes are not prosecuted on a federal level. For most charges, you would need a lawyer in the state in which you have been arrested so that anyone fighting criminal charges in Western Australia might do well to check sites like https://www.lawsonlegal.com.au to find an experienced team of criminal lawyers.

At this point, you may be questioning why you would even need to contact the U.S. Consulate in Perth WA if they are not going to work towards defending you. Their role is to do whatever they possibly can to protect United States citizens while in the country, but they are not going to be your defence team in court. According to statistics, there are approximately 15,000 US citizens in WA at any given time and the Consulate will do their best to ensure you are treated humanely and fairly and that you will not be discriminated against under the laws of the state.

The Consulate will also make it their mission to try to locate your family for you so that they may be notified that you have been arrested and are in jail. They do not have the authority to release you from jail and they cannot pay your bail or even provide any legal counsel or advice. What they can do, as stated above, is to ensure you are treated fairly and will only notify anyone you give them express permission to contact.

What Happens If Your Visa Expires During This Time?

Here is something that many Americans who have been arrested in Australia worry about. What would happen if they are bailed out of jail and are awaiting trial to try to prove their innocence? Obviously, a return trip to Australia would be expensive and the conditions of their bail may require them to stay in the area until the outcome of the trial. According to the U.S. Embassy & Consulates in Australia website, any Americans awaiting trial or being sentenced to jail may be issued what is called a "bridging visa." This document would remain in effect until such time as the trial is over or the person serves the minimum prison term, whichever comes first.

What If You Are a Permanent Resident?

Here is one of the most frightening aspects of being arrested in Australia. If you are currently a legal permanent resident and are accused of a crime, it is in your best interest to hire an outstanding criminal defence team like that mentioned above. You are most definitely in danger of being deported if found guilty of a crime once you have served your sentence.

Australian Demographics a Huge Part of the Concern

As Australia's largest state and not overly populated, WA is where many Americans settle down when choosing to live in the Land Down Under. Consider for a moment the sheer size of the state and then the fact that there are only a little over 2.5 million people in the entire state. Now consider the fact that of that number, more than 1.7 million live in the capital of Perth alone. With so much space available to roam and enjoy, this is the perfect place for a sabbatical year. Those looking to enjoy the great outdoors tend to land in sparsely populated areas of the nation and WA is the perfect opportunity to do just that.

As for Americans living in Australia, they are by no means the largest group of migrants and most are not retirees. The latest statistics indicate that the ratio of men/women runs about 50-50 and that many are in the country for work or school. Although Americans are by no means the largest group of migrants, it is also wise to consider the fact that the total population in this amazingly diverse country is comprised of more than 25% foreign-born permanent residents. For this reason, the government takes crimes committed by foreign nationals very seriously indeed. Why wouldn't they? After all, when one-fourth of your population is foreign nationals, that's also going to be a huge factor in your penal system!

​Not Everyone Accused of a Crime Is Guilty!​

While there are many ways in which the penal system in Australia is similar to that of the United States, it is wise to remember that there are differences, so you can't rely on how you would fight criminal charges back home. Like the United States, Australia does rely on both statutory and case law, but Australia relies most heavily on statutory law. This means that a court will most often look at the letter of the law rather than precedents set in other cases.

Since, like anywhere else in the world, not everyone accused of committing a crime is going to be found guilty, it is in your best interest to hire the best legal defence team possible. It is up to you to prove your innocence and sometimes that can be very difficult to do. A good legal team is your greatest resource and the U.S. Consulate is not going to defend you in a court of law. They will ensure you are treated fairly, but that legal team should be your greatest priority. Whether you want to stay Down Under or return home, it's always best to do so with a clean slate. That's what you need to keep in mind.