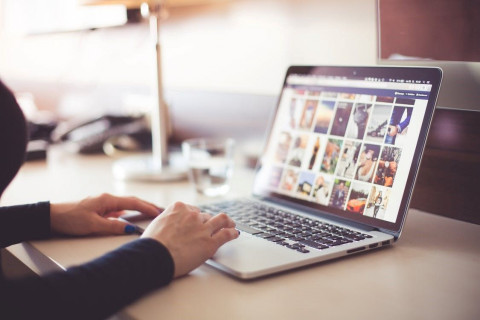 The internet is evolving and with it, the proliferation of social media has given everyone somewhere they can publicly share ideas, thoughts, opinions and comments. While a lot of good has come from these social media platforms, a lot of negativity and the spreading of fake news and vitriol has become commonplace too. Naturally, it hasn't taken long for the law to become involved in claims of defamation when users of these platforms have posted accusations or false assertions about others. How does online defamation differ from more traditional forms?

What is Defamation?
Simply put, defamation is when an untrue or false statement is made, published, posted or otherwise expressed by someone to another person or publicly via a published medium that causes harm, either physically, emotionally or monetary to you. To be classed as defamation, the statement can't be said to you, it needs to be expressed to another person or group of people other than yourself.

Opinions can become a bit of a gray area but in general, opinions aren't considered defamation. It should be said, however, that trying to couch a statement that is defamatory by framing it as an opinion will still be considered defamation. As an example, the statement "In my opinion, Gary steals office supplies," tries to frame the statement as opinion, but the implication that Gary steals office supplies is quite blatant and for this reason it would still be classified as defamatory by the legal definition of defamation.

What Can I Do About Defamatory Posts?

In general, most social media or online forum platforms will have a recourse where you can report a specific post or request it be reviewed or removed so simply asking for this might be a solution. Depending on the reach, however, it might be necessary to pursue civil action against the author of these posts as they might have already done significant harm before the platform can act to remove them. A law firm like Fielding Law Mesquite Texas can assist with a defamation claim against someone who has sought to make such statements where it can be shown and demonstrated that harm has come from said statement.

What Evidence Do I Need?

Often, particularly with internet-based defamation claims, defendants will simply claim that the statement they made is an opinion or they didn't make the statement, so having evidence to back up your claim is important. You need to make printouts of any websites where the defamatory posts appear and be able to back up the claim of defamation with a demonstrated loss of income or emotional harm from said post or statement. If, for example, a defamatory statement is said on social media about you and an existing client emails you to say they won't do business with you because of it, this is a perfect example of loss of income.

Internet defamation, broadly speaking, follows the same premise as its more traditional counterpart, but has the added challenge of anonymity and the offender's ability to quickly remove or delete defamatory posts or statements. Being able to produce evidence is one of the major hurdles of internet defamation cases, but it shouldn't stop you from pursuing justice.

Claiming Compensation Because of a Faulty Product
What Should Construction Workers Do to Stay Safe o...