What To Do If You Have Been Falsely Arrested 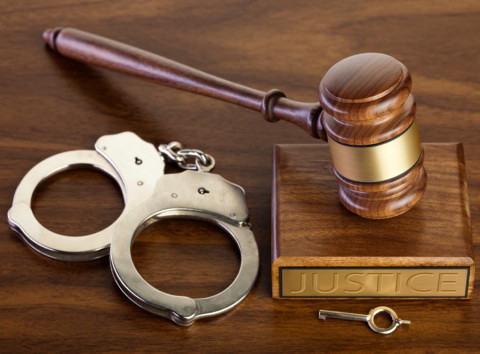 Nowadays, it's common to hear cases where law enforcement officials have arrested a person for all the wrong reasons. If you have been falsely arrested or unlawfully detained, you have a right to contest these actions. In fact, you can make charges against the perpetrators of the unreasonable detention. Here's a brief definition of false arrest and some of the considerations to make when seeking a lawyer after an unlawful arrest.

What Is An Unlawful Arrest?

A false arrest is some form of false imprisonment executed by an individual or organization who purports to have or makes an impression of having the authority to arrest you. You're a victim of false arrest when someone acting in such a manner arrests you against your will and without any justification. Justification for arrest is also known as probable cause. It's a term used to describe events leading a reasonable person to believe that a crime has been committed.

Actions To Take After A False Arrest

The first thing to do when you believe that you have been falsely arrested is to call an Oakland criminal lawyer. It's also important for you to ensure that all the elements of a false arrest have been satisfied. To qualify as a false arrest, you have to prove that:

A false arrest is committed purposefully and is therefore regarded as an intentional tort. Police officers, managers, and store owners are mainly in the center of false arrest lawsuits. In these cases, their intentions are clear. Other scenarios include when a victim in an armed robbery is instructed by the robber to get on the ground or when you're heavily medicated by a medical practitioner without your permission.

However, some cases of false confinement are disputable. For example, when a store owner, during closing hours, locks the washroom in their store without knowing that they have locked an employee inside. In such a situation, the employee cannot make a claim of false arrest. You need to show that the perpetrator intended to arrest you either by indicating it or through their actions.

2. Conscious Of The Confinement

When a person is conscious of their confinement, it means they're fully aware of the arrest. When a person is confined while drunk or in some mental incapacitated state and then set free, they cannot be able to make a false arrest claim. This is because they were not fully conscious of the confinement. When making a false arrest claim, you need to prove you were fully aware of the arrest, and it was made against your will.

An arrest is said to be privileged if you can legally justify it. A court order or warrant justifies an arrest. These orders are given after proof of the probable cause. When there's no probable cause for an arrest, you can make a claim of being falsely arrested.

It's not important whether the arresting officer or store manager believed you had committed an offense. Furthermore, it doesn't matter whether you were guilty of a crime; this is to be proven in court beyond any reasonable doubt. What matters is whether another person (police officer or store manager) in the same circumstances would have come to the same conclusion and acted the same way.

A false arrest can be frustrating, traumatizing, and a violation of your right to freedom and right against unreasonable seizure. If you think you have been wrongly arrested, it's important that you prove the elements of false arrest to succeed in your claim. Your strongest defense is the lack of probable cause. Hire a lawyer who's experienced in false arrests and imprisonment to ensure you're awarded the appropriate damages for the offense.