What to Do If You Are Busted On A DUI Charge 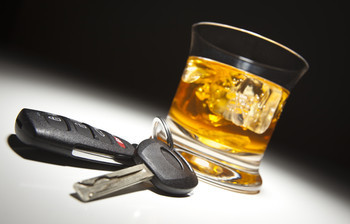 It's not a scenario anyone wants to be in. But a driving under the influence charge is more common than you think. It could even happen to the most well-meaning drivers. Read below to learn about what you can do if you are arrested on a DUI charge in Canada or the U.S.:

Understand Why You May Get Charged

The laws for DUI or DWI vary on the state, province, or municipality you are in. For example, Canada has an over 80 rule that sounds clear-cut, but is complicated in the application process. You need to understand that alcohol is not the only reason you might get slapped with a DUI charge. You can also get charged for driving after you smoke weed, for example.

Basically, you can get a DUI charge for driving under the influence of any substance that impairs your mental judgment or the physical dexterity of your hands. Remember, weed may be legal now in Canada and some states in the U.S. However, it is actually illegal to get high on marijuana and drive in both countries.

You may already know this. When you are pulled over, tested, and is about to get charged with DUI, call up an attorney. You have the right to speak with a lawyer after you are arrested for any charge. Choose a specialized DUI attorney in your area for the best representation.

Lawyering up may not help you get rid of the charges if you really were impaired when you were pulled over. However, you can fight the charges in court better with an attorney that knows DUI laws. You definitely don't want to get over-charged for having a minor amount of alcohol or drugs in your system. If you are concerned about getting pulled over, research an attorney in advance and keep this number in your phone in case of an emergency.

Take a Credible Chemical Test to Use in Your Court Case

There are widely recognized, credible tests to check your blood alcohol level during stops. However, the case is not clear cut for testing for marijuana. The police currently does a blood test. If they don't do it in some rare cases, you have the right to request a credible test for the impaired substance. You need this to use as evidence in your court, especially if your impairment was mild.

A DUI charge is a serious offence that will go in your record. If you don't have a criminal record, a DUI charge will get you one. A record like this can have serious repercussions, especially when you want to get hired, travel overseas, or immigrate. You will also have to pay a higher auto insurance fee. While the consequences are tough, drunk driving is also one of the most pardoned crimes in Canada.

It's important to understand that a DUI pardon doesn't result in getting your license back immediately. You may still have to complete safe driving lessons a judge might order. However, you can have your record sealed if you don't have any prior criminal or DUI charges. So technically a potential employer won't have easy access to your DUI charges.

Discuss pardoning options with your attorney. You can also bring them up during your arraignment. It's worthwhile to pursue a pardon if you were get for the first time.

Remember, don't fight your charges with the arresting officers. You can get slapped with an even worse charge. Leave your fight to the court, and use the above tips to handle the situations smartly.

Tags:
DUI DWI
Motor Collisions the Most Common Cause of Spinal I...
Another Driver's Insurance Company Wants Your Stat...

What Happens When You Get A DUI Attorney?

Fort Worth DUI Lawyer | What’s the Difference between a DUI and DWI?