How to Legally Handle Breach of Contract 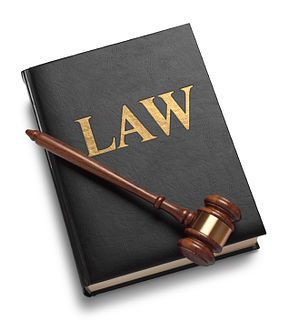 There are two sides to every contract. The parties to the contract can either meet their contractual obligations, or one party might breach the contract.

Perhaps you contracted a website design company to work on your e-commerce site. The work was supposed to be completed within three months, but five months later, they haven't begun the work. The website design company no longer picks your calls, and when they do, they keep asking for more money than the amounts specified in the contract. That, my friend, is a breach of contract.

A breach of contract is when a party to the contract fails to fulfill their contractual obligations without a lawful excuse. However, not all breaches are the same; some are worse than others.

Levels of Breach of Contract

The level of breach of contract will determine the solutions you can find for it in court.

Before you begin the court process, knowing the level of breach you're suing for can help align your expectations with the legal remedies available for your case. A breach of contract can fall in the following levels;

Anticipatory breach- At this level, the breach hasn't happened, but you feel the other party will not fulfill their side of the agreement. Since it hasn't happened, it is difficult to prove in court. If you agreed that the job should be done by December 1st, and the website design company hasn't begun by November 30th, you might want to collect the monetary damage because there is no way they can meet the deadline.

Material breach- This is a serious level of breach, and is the case when one party to a contract fails to perform their duties as outlined in the contract.

A good example is when you have a lease agreement with a landlord, and when the day comes for you to move to the new apartment, you find another family hasn't vacated. You can sue the landlord to collect your money or force him to rent you the apartment in the lease agreement.

What to do in a Breach of Contract

When a breach happens, you want the law to stay by your side and penalize the other party as you collect damages. Remember, you must prove that the contract existed, it was broken, you lost money, and the breaching party is responsible for the losses.

However, following the right procedure from start to finish is essential in getting the right remedy. Here's how to handle a breach of contract;

Write a Letter Before Action

The first step to solving a breach of contract legally is to write a Letter Before Action (LBA).

The letter contains the details of the breach of contract and is sent to the breaching party telling them to fulfill their side of the bargain before you take legal action against them. For effectiveness, you should let a specialist law firm draft this letter for you.

When well written, the letter before action can lead to the settlement of the breach cost-effectively—sometimes even out of court. Your letter must include the following;

Claims of interest- If you intend to charge interest on the amount the other parties owes you, refer to the rates in the initial contract or the rates set by the Court Service.

Your claim- Detail the contract you entered into wholly and talk about the consideration for entering into the contract. Also, write the details of the breach and the losses you have incurred as a result.

Further legal action- Make it clear that if they fail to remedy the breach, you're suing them for damages.

If the breaching party receives the letter and agrees to remedy the breach within the timelines, the case can be settled out of court. Otherwise, you have to rely on the courts for the remedy of the breach.

How the Court Can Help

When you take the matter before the court, you can expect the following remedies;

Compensatory damages- Here, the defendant will pay for all the costs and losses that stem from their breach.

Liquidated damages- Sometimes, the court uses the specified figure in the contract as a reward for the claimant.

Consequential and incidental damages- This is the type of remedy that will be given in case all parties were aware of the potential losses should there be a breach before the contract was signed.

Punitive damages- Rarely do courts give punitive damages to remedy claims. However, when the defendant shows offensive behavior, the court might subject them to punitive remedies such as;

Rescission- Sometimes, the court decides to cancel the contract and have all the money refunded. Rescission makes the contract seem like it never took place.

Specific performance- Here, the court will order all the parties to the contract to follow through with the initial contract.

Reformation- This remedy forces the parties to re-do the contract. The contract will be adjusted to reflect original intentions versus the contractual obligations of each party. The parties will commit to fulfilling the contract again.

In conclusion, knowing what to do in case of a breach of contract makes it easier for you to land the right remedy. However, the process can be tedious and involving. Get help from a law firm that can follow through on your behalf and get you the best remedy within the right time.

What to Consider When Seeking Compensation After a...
When Would You Require a Personal Injury Lawyer?