How Badly Can a DUI Affect Your Career? 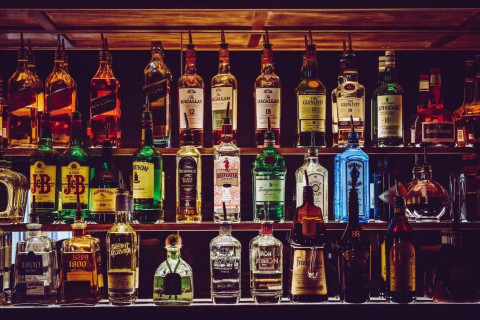 Getting stopped for driving under the influence is often a major turning point in life. It's possible to receive a misdemeanor or a felony charge depending on how you're represented. Certainly, it's something that you need to take seriously. This might be difficult to do if you enjoy going out on the town and are trying to deal with the consequences the next day.

To fully appreciate how badly a DUI may affect your career, we will examine this more closely next.

Arrest for a DUI

For the majority of states, they accept inquiries from companies about employees to see if they have any valid convictions on their record. A pending DUI and an arrest relating to one won't usually get reported right away.

If you have an older DUI, it may be possible to have it expunged from the record. This will avoid it showing up in searches following a job application. Las Vegas DUI lawyers are well versed in the procedures necessary to accomplish this.

In the medical field, it's not uncommon to provide information about previous drug convictions or arrests. In California, additional information is accessible by employers to protect the medical company from employing people with addiction problems.

Working for the government or in the military even in a purely administrative civilian role could be out of bounds once you have a criminal record (it may not matter what the charge is for).

Other positions are sensitive to a previous DUI because of the nature of the work. For instance, someone who's in a position of authority, who looks after children, or who works as some kind of driver may struggle to get work following a DUI.

In some situations, the situation could even be so bad that your license is suspended as a result of the DUI. With good legal representation and for a state that permits it, it might be possible to get an exemption to drive to work and back. However, for the most part, you'll be on a bicycle or needing to rely on public transport or rideshares like Uber or Lyft. This gets costly and makes it likelier that you'll become tardy with your timekeeping which can result in poor performance scores or eventually being fired.

Of course, any jobs that require you to drive become impossible to do. You don't need to be a driver in some capacity for this to apply – visiting companies as a salesperson or meeting clients will be interrupted by an inability to get behind the wheel too.

Professionals May Need to Disclose More

Some roles such as a doctor, lawyer, nurse, and others are often licensed to perform their work in their state. As part of the licensing process – often with annual renewals – it's necessary to disclose any recent arrests. Even before a possible conviction, this could be cause for a revocation of the license to practice or being suspended until the matter is fully resolved.

Getting a DUI is not the end of the world. However, it will affect your life in various ways. It's best to have proper representation to get assistance in your case. This way, you have a better chance of a more favorable outcome and fewer, if any, long-term consequences.

What Should Construction Workers Do to Stay Safe o...
Common Types of Workplace Injuries That Can Be Com...