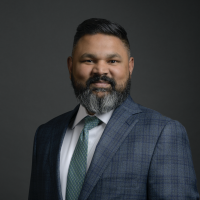 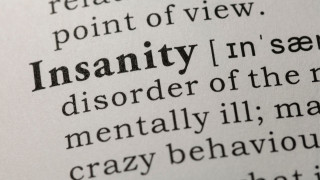 Each year, thousands of mentally ill people are arrested in Texas. A small number of them will plead "not guilty by reason of insanity."

But what does that mean? And what happens to them if they are found not guilty by reason of insanity?

Not guilty by reason of insanity (NGRI) is a seldom-used defense that is raised for defendants who did not know their conduct was wrong due to a severe mental illness or defect. For example, insane defendants might hear voices that instruct them to commit a murder or carry out a violent act or experience delusions that make them believe they are being followed, poisoned or persecuted.

In this article, we are going to discuss Texas' insanity defense, explain what happens when someone is found NGRI, and offer real examples of when this defense worked – and when it did not.

What is Texas' insanity defense?

In Texas, the "insanity defense" is codified in Section 8.01 of the Penal Code. It is an affirmative defense that excuses or justifies a person's actions on the ground that he or she was suffering from a severe mental illness at the time of the offense and, as a result, did not know that their criminal conduct was wrong.

To be successful, the defendant must prove, by a preponderance of the evidence, two things:

What happens when someone is found not guilty by reason of insanity in Texas?

When a defendant is found NGRI in Texas, they are technically acquitted of all charges, but they will not be released to the streets. What happens next depends on whether the defendant is deemed dangerous or not.

After receiving a NGRI verdict, a judge will hold a hearing within 30 days to determine if the defendant is mentally ill and whether he or she committed a violent offense.

If the court finds the defendant did not commit a violent offense or is no longer mentally ill, he or she can be discharged, placed with a responsible person or transferred to probate court. There, civil commitment proceedings determine whether the defendant should be committed to a Texas Department of Mental Health and Mental Retardation facility.

If a board decides that the patient is not "manifestly dangerous," he or she must be transferred to a less-restrictive state hospital within 60 days.

How long can a NGRI defendant be committed to a state hospital?

How common is the insanity defense in Texas?

The insanity defense is rare in Texas. In fact, it is only raised in about one percent of all criminal cases. Of the cases where the defense is raised, even fewer are successful, especially in jury trials.

Why is the insanity defense rarely successful?

Jurors have a hard time finding someone "not guilty" when they know that the defendant committed a crime. They also often wrongly believe that, if they acquit an insane defendant or find them "not guilty," they are released to the streets – even though they are mentally ill and potentially dangerous.

Juries are not allowed to be told that defendants found not guilty by reason of insanity typically go to a state mental hospital until a treatment team finds they are stable enough to be released and that a judge must approve their release.

Most defendants are not found NGRI by a jury. But rather, a judge will render the verdict after both sides enter into a plea agreement. These agreements are usually only reached after mental health experts agree that the defendant was legally insane at the time of the offense.

What are some examples of when an insanity defense was raised in Texas?

The insanity defense has been raised in a number of high-profile cases over the decades in Texas. Below are examples and the outcome of the case:

What do you think about Texas' insanity defense? Let us know your thoughts.

We hope you found this information useful. If you have any questions or comments about not guilty by reason of insanity or any other area of criminal law, please leave us a comment below.

Collectively, the attorneys at Varghese Summersett have more than 120 years of experience and have tried more than 750 cases before state and federal juries. We have a record of exceptional results and more 5-star reviews than any other criminal defense firm in North Texas.

If you or a loved one is facing a criminal charge in Fort Worth or the surrounding areas, call 817-203-2220 today for a free consultation with a seasoned criminal defense attorney.

Tweet
Fort Worth DUI Lawyer | What’s the Difference betw...
Jury Sequestration: What Is It and What’s the Purp...