What is Fair Compensation for Personal Injury? 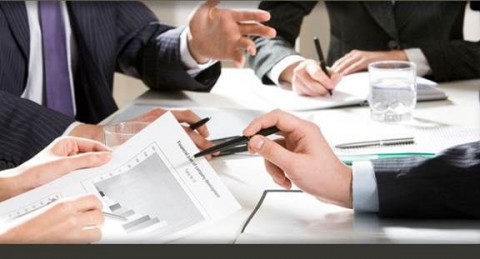 Calculating compensation for a personal injury case is quite complicated. You have to factor in inflation, the severity of the injury, future loss of income, and many other factors. Then there's the issue of evidence. Without it, you'll have a hard time convincing the jury of fair compensation.

A Castle Rock personal injury attorney will help you wade through the murky waters of personal injury claims. Of course, the final payout depends on the situation, but these attorneys are the closest you can get to receiving the settlement you deserve.

What is the Average Compensation for Personal Injury Claims?

Most people want to know how much a case is worth on the first meeting with an attorney. But that's not how it works. Every case is different, and the settlement can be anything between $500 to $25000 and up depending on the severity of the incident.

Insisting on an estimate might result in false assumptions and mislead you into expecting the world. That's why most credible lawyers answer this trick question with a wide range of figures to be on the safe side. The best among them will be to share payouts of related cases, which should give you a rough idea of what to expect.

Some states also have caps on how much plaintiffs can receive from a personal injury claim. And that makes it harder to estimate what your payout will look like at the end of the case.

How do Insurance Adjusters Calculate Compensation in an Injury Case?

You've probably heard insurance adjusters have a secret formula for calculating the amount to be paid in a personal injury claim. And it's partly true. There's a formula, but it's not a secret. These professionals just don't go telling everyone how they come up with these life-changing estimates.

How the Compensation Formula Works:

When a personal injury claim lands on the insurance adjuster's desk, this professional will add all medical expenses relating to the injury. They refer to these expenses as "specials," and this figure becomes the backbone of the settlement calculation. The adjuster will then multiply this number with any figure between 1.5 and 5, depending on the injury severity.

By default, your insurance wants to avoid multiplying your medical expenses by five unless the injuries are very painful or life-changing. And that's the main reason why they don't want victims to see the "secret" formula.

Once they have finished multiplication, the insurance adjuster adds any lost income due to the injury. That includes salaries and any other verifiable income, such as revenue from a small business.

Patricia got involved in a car accident. The injuries were not life-threatening, but the specials (medical bills) amounted to $550. Her insurance adjuster applies the "formula" and arrives at anything between $825 and $2750. That's after multiplying the specials with any value between 1.5 and 5.

Patricia also lost $400 in wages due to the injury, so; the adjuster will add that to the answer above. The insurance will then consider other factors to determine how much they're willing to pay for the damages.

Some injury claims get more compensation than others, and here's why:


Advantage of Getting Legal Representation in a Personal Injury Claims

Legal representation is optional in personal injury cases, but your success depends on it. People who proceed without professional help get the lowest compensation, experience delayed payouts, and sometimes never receive the settlement. Victims who bring a lawyer get fair compensation, even if the injuries are not so severe. Still, you will have to pay an average of 32% contingency fee to get a decent attorney to represent you in a personal injury claim case.

Overall, there's no fixed amount for personal injury compensation. The settlement depends on many factors, including that the defendant might prove the accident was your fault. If this happens, you might still win the claim, but the payout will probably be on the lower end of the spectrum.

You might also want to get legal representation when trying to chase personal injury settlements. These professionals know their way around insurance payouts, and they will put you in a favorable position in the eyes of the jury.

Tweet
Delve Deep Into The Understanding Of Exempt And No...
Should I Get a Lawyer for a Dog Bite?