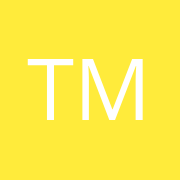 Top Things to Consider Before You Make A Wrongful Death Claim 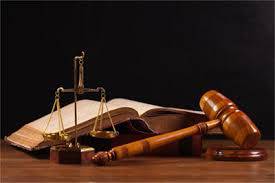 It is very difficult to come to terms with the loss of a loved one. Families go through a terrible phase while coping with such a huge tragedy in their lives. When a person's life is lost to due to the careless and negligent action of others, it can become even more difficult to deal with the pain and loss. Even when families do come out of the grief, the sense of unfairness and injustice to their lost member prevails. But it doesn't have to be that way. With some legal help, one can expect to get relief to some extent by suing the responsible party. Read on to know more.

What is Wrongful Death?

When a person loses his/her life due to the negligent and wrongful actions of another person or entity (defendant), it is said to be a wrongful death. In such cases, the surviving family members of the deceased have the right to file a wrongful death lawsuit against those responsible for the death. This type of a lawsuit seeks to provide compensation to the survivors for their loss. The compensation could be in keeping with lost wages, funeral expenses and even lost companionship. This may vary from state to state as each state has its own wrongful death laws.

Who can file the Lawsuit?

● Distant family members: In some states, the brothers, sisters and grandparents can file for the claim.

● All financial sufferers: In some states, all parties affected financially (for care and support) by the victim's wrongful death can sue the responsible person, even if they are not related by blood or marriage to the victim.

● Life partner/putative spouse: In some states, a life partner who was financially dependent on the decedent or a putative (generally considered or reputed to be) spouse can claim compensation.

● Parents of deceased fetus: In most cases, parents can claim wrongful death action only if the child was born alive and died later due to negligence. However, some states allow the death of a fetus to also become the foundation of a wrongful death claim.

Who can be sued?

What are the types of damages that can be claimed?

There are three types of damages that can be claimed by the decedent's survivors:

● Punitive damages: Depending from state to state, these damages can be recovered by the defendant  who has displayed a bad conduct. In some cases, the victim's survivors can also get reimbursed for the costs they incurred for bringing in the claim. Some states also have a provision for the payment of interest on the damages to the survivors from the time it starts to the time it is collected.

The loss of a loved one can cause irreparable damage to a family. No amount of compensation or reimbursement can make up for the loss incurred. However, it is important to bring all those responsible for the loss to justice for the survivor's peace of mind. Bringing in wrongful death claims can also help in decreasing the number of the same kind of unfortunate incidents.

(Author did not earn any points yet)

Tab Mitchell
View all posts
Tab Mitchell has not set their biography yet...