The U.S. Gets Serious about Self-Driving Car Laws 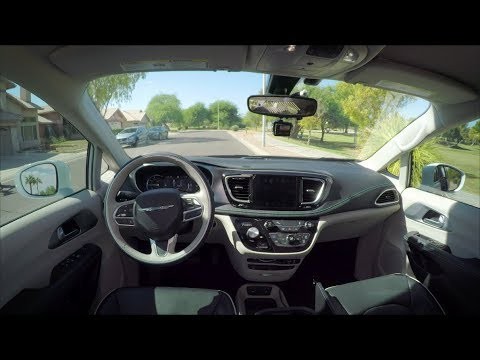 The United States House of Representatives has passed a bill that may get self-driving vehicles on the road much faster than expected. The SELF DRIVE Act (Safely Ensuring Lives Future Deployment and Research In Vehicle Evolution Act) passed the House with unanimous support.

The bill will now move on to the Senate. If passed, it would become the first national law for self-driving vehicles, according to The Verge.

The National Conference of State Legislators (NCSL) says that 33 states in 2017 have introduced legislation related to autonomous vehicles. Since 2012, at least 41 states have considered legislation for self-driving cars.

But no laws have been passed on the federal level that regulate self-driving vehicles.

According to Queener Law ( https://queenerlaw.com/ ), Advocates for Highway and Auto Safety lobbied the Senate Commerce, Science and Transportation Committee to put a limit on the number of safety standard exemptions for self-driving vehicles in the federal bill.

The goal of the bill is to establish a framework on the federal level that regulates autonomous cars. The legislation would also increase the number of self-driving cars on the road to speed up innovation.

Currently, the National Highway and Traffic Safety Administration (NHTSA) only grants 2,500 exemptions per year. Automakers looking to test autonomous vehicles must apply for exemptions through NHTSA.

The bill would still require carmakers to prove that their self-driving cars are at least as safe as their human-driven equivalents. Any company applying for an exemption would also be required to report any accidents involving autonomous vehicles. All self-driving vehicles would have to be listed in a public database, and there would be cybersecurity and privacy provisions required.

Manufacturers of autonomous vehicles will be required to have "privacy plans" that detail how they'll collect, store and use data from their vehicles. They will also have to divulge how the data will be used and tell customers what to do if they don't want their data being used.

While the bill received bipartisan support, the legislation changes the balance of power when it comes to vehicle regulation.

The SELF DRIVE Act would prohibit states from passing legislation that would be restrictive to the auto industry. The federal government would be in charge of this, which would help standardize guidelines.

The federal government would be in charge of regulating vehicle design, performance and construction. States will still have authority over licensing and registration, but they'll have a hard time passing laws about what goes on inside of the vehicle.

The shift of power from states to the federal government may turn many would-be supporters into critics.

Policy discrepancies is also an issue. A letter from National Conference of State Legislatures asked lawmakers to clarify the bill's language to ensure states understand their role.

Regardless if the SELF DRIVE Act is passed into law, self-driving vehicles will make their way on to American roads in the near future. Supporters of autonomous vehicles and the bill argue that self-driving cars will help lower (or eliminate) road deaths. In 2016, almost 40,000 people died on American roads.

The NHTSA says 94% of fatal crashes are caused by human error.

Some automakers argue that it's still too early for Congress to be implementing strict regulations on autonomous vehicles. Self-driving cars are still not available to the public, and there aren't many vehicles to regulate in the first place.

Others worry about liability and wonder if passing early legislation would only encourage some companies to be reckless when it comes to testing.

Tags:
Accident Law
The 5 Best Ways To Relax In The Workplace
Get Covered and Save Money on Commercial Insurance

More posts from author
Saturday, 28 March 2020 4 reasons why your Facebook page is great for your law firm
Sunday, 22 March 2020 Questions to ask a lawyer before hiring them
Monday, 09 March 2020 7 Careers You Can Pursue with a Law Degree

Driving long distance? Stay safe on the road and avoid a lawsuit with these 5 driving tips

How to Determine the Value and Worth of Your Car Accident

How Does Insurance Affect a Car Accident Case?

Can I Sue Uber or Lyft After a Car Accident?

What Should I Ask A Car Accident Attorney During A Free Consultation?

4 Qualities You Should Look for in a Car Accident Attorney