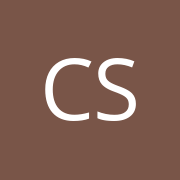 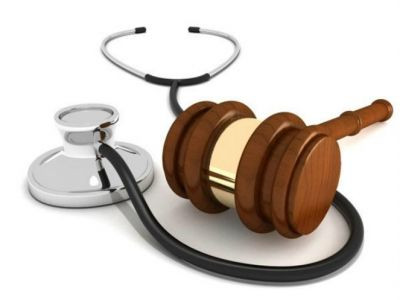 Rosalind Johnson, a Gwinnett County resident and career member of the US military, suffered severe and permanent bilateral eye damage during a neck surgery at Gwinnett Medical Center in November 2014. Ms. Johnson was referred to a Gwinnett surgeon to perform a neck surgery in the prone position, meaning that the operation was performed with the patient lying face-down. After Ms. Johnson was intubated and anesthetized, her body was flipped over and antiseptic skin prep solutions were applied to the back of her neck to pre-emptively sterilize the incision site. These antiseptics included "Hibiclens" and "Chloraprep", which both contain the active ingredient "chlorhexidine gluconate," which causes severe damage to the eyes and mucosal tissues of the body if it is allowed to enter. Chlorhexadine gluconate binds to proteins in mucosal tissues of the body, so it becomes impossible to remediate its effects after remaining for more than a few minutes. Undetected by the anesthesia team or any other person in the operating room, the skin prep chemicals containing chlorhexidine seeped down the back of Rosalind's neck to her face and into her eyes at the beginning of the surgery.

When Ms. Johnson woke up after the surgery, both eyes showed dark green lines across the surface from side to side. The anesthesia team asked an opthamaolgist to check on Ms. Johnson, and Q-tip swabs were dabbed onto the eyes, producing an orange residue where the lines appeared. The skin prep chemicals containing chlorhexidine were tinted orange and were the only topical solutions used in the procedure.

In the Johnson trial, testifying medical experts included 3 anesthesiologists, 1 nurse anesthetist and 2 ophthalmologists. The defense experts opined that neither the anesthesiologist nor the nurse anesthetist had violated the standard of care because neither had any duty to protect the eyes from chemical injury. The defense suggested that the surgeon's choice to use chlorhexidine products was the proximate cause of the event. The defense further argued that all members of the anesthesia team did their jobs in accordance with the standards applying to their practice, and that Mrs. Johnson's outcome was an unfortunate tragedy that could not have been foreseen. Their experts testified that this was such a rare occurrence that they should not have known about the dangers.

Unfortunately, Ms. Johnson suffered permanent eye damage to both eyes. Repeated corneal transplants failed, and Ms. Johnson was assessed as legally blind by her doctors with no reasonable medical options to restore her sight.

Mrs. Johnson hired Charles Scholle of Scholle Law to represent her to investigate what had happened to her eyes and who was responsible. Mr. Scholle associated attorney Jim Poe of Atlanta to serve as co-counsel. Mr. Poe had previously assisted the firm in another medical malpractice case involving a patient who had suffered serious eye damage during a surgery.

The case was specially set by Judge Iannazzone and began with jury selection on Monday, May 13th. It was vigorously defended by attorneys for the anesthesia team who claimed that these providers did not violate the standard of care as Plaintiff's medical experts claimed. Emotional testimony from the Plaintiff and her husband punctuated the proceedings. In the end, the jury found the nurse anesthetist 1/3 responsible and the anesthesiologist 2/3 responsible for Mrs. Johnson's terrible injuries. Plaintiff's attorneys will now pursue post-judgment remedies including attorney's fees, costs and interest. Of course, these attorneys will vigorously pursue collection of the judgment on behalf of Mr. Johnson.

Scholle Law regularly represents Plaintiffs in medical malpractice cases involving damage to the eyes and loss of sight. These are very tough cases that require a thorough understanding of the anatomy of the eye, the medicine, the standards of care applying to ophthalmologists, optometrists, anesthesiologists and hospitals. Blindness, loss of eyes, loss of sight affecting the quality and quantity of vision can be devastating conditions. It can be very difficult to communicate this effectively to jurors. However, once a jury understands how much the loss of sight affects victims in an increasingly sighted world, the jurors tend to empathize with such a Plaintiff.

We are ready to assist in any case involving the loss of vision, whether it be a medical malpractice case, auto accident, defective product or any other type of event. Call us at 770-717-5100 for a free case evaluation.

Back Injury at Work.
Motor Collisions the Most Common Cause of Spinal I...