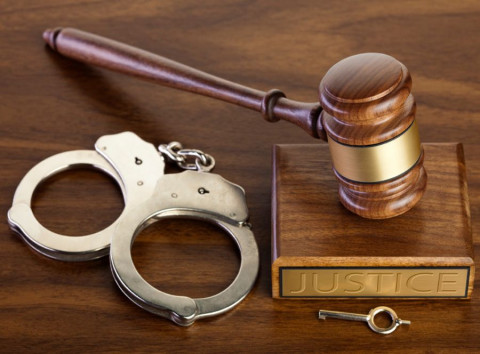 Unlike the ordinary criminal defense attorneys you might know, Sean is well-known for his reputation for dealing with severe cases and winning without hassles. For instance, Sean Fagan is renowned as the lawyer that helped settle and effortlessly win the famous Supreme Court case that involved extreme intoxication defense for violent crimes in Alberta that involved an assault between a student and a university professor. So, with Sean and other experienced attorneys at your disposal, you'll learn that your criminal offenses affect your immigration in the following ways.

To better understand how the crimes you commit influence or impact your immigration proceedings and status, let's discuss different crimes and how they affect immigration.

The Consequences of Misdemeanor Offenses on Immigration Proceedings

Since misdemeanor crimes are generally considered less serious offenses, such as DUI or assault, their impact on your immigration proceedings and status differs from severe offenses. However, how these crimes affect immigration also depends on your state laws and regulations regarding immigration proceedings. For example, because the consequences of most misdemeanors are about a year in jail or a fine of about two thousand dollars, a convention for such crimes doesn't adversely impact your immigration. This way, you won't be deported or have your action to move children to another country deferred.

The Impact of Misdemeanor Crimes on Immigration Status

While a single misdemeanor won't affect your immigration proceedings or have your action and plan to move your children or younger siblings to the country you migrated to be deferred, many of these crimes can adversely interfere with your immigration status.

For instance, they can prevent you from obtaining or maintaining a lawful immigration status in different countries such as the United States. Or, they could also adversely impact your status by making it ineligible.

At the same time, many less serious crimes could also adversely impact your immigration citizenship and even residency. Plus, if the crime is less severe but considered an offense that involves moral turpitude, which refers to an act involving deviant, unethical, and sometimes immoral actions and behaviors, they will automatically affect your immigration proceedings and status.

And when the crime you commit is of moral turpitude, the immigration authorities will treat these offenses as a way of reconsidering your eligibility to be offered immigration rights or not. The authorities also use these offenses to determine your good morals and character and the possible influence you could have on others.

The Impact of Felonies on Immigration Proceedings and Status

Unlike misdemeanors, felonies are serious crimes, and they also always have a significant impact on everything, including your immigration status and proceedings. For example, if you kidnap someone or commit a crime considered arson, the immigration authorities could permanently remove your immigrant status and have you deported immediately.

And on the other hand, if you commit a felony while applying or have ongoing immigration proceedings, the immigration authority might delay your proceedings. Or, they could completely stop everything and disregard your eligibility for any immigration rights based on the severity of the felonies you commit.

The Impact of Drug Conventions on Immigration Status and Proceedings

In countries such as the United States, a drug convention can lead to deportation, especially if you are an immigrant under the green card program. Also, you will face deportation even when you have become a lawful permanent resident since you migrated to the country. And when this happens, your immigration status is adversely affected because the immigration authorities permanently remove your face from the United States citizenship databases.

This way, they make you a stranger, thus demanding legal proof of the permission to visit, work and even live anywhere in the country. As a result, you won't have an option but avoid visiting the states once you get back to your home country.

Usually, even a single domestic violence offense can have severe immigration consequences depending on the immigration laws and regulations of the country you are in. And for countries like the United States, anyone who is not a citizen by birth can be removed, deported, or denied the naturalization of immigrants rights.

The General Consequences of Any Crime, Regardless of Its Severity and Category to Your Immigration Proceedings and Status

Besides facing individual consequences of felonies and misdemeanors regarding your immigration status and proceedings, there are also general consequences of any crime an immigrant faces, such as the following.

The Consequences of Inadmissibility

As an immigrant or someone looking to migrate to another country, being inadmissible means you are not allowed to gain admission to such land. And the entry could be in the form of getting a green card or even applying for immigrant status. Or, you could become inadmissible by not being allowed to reenter the country even as a green cardholder.

For example, when you want to reenter a country legally with all the immigration requirements and commit a crime at the border or the immigration authorities get reports about a crime you committed in your home country, they could also remove or deport you back. Still, the same also applies to those who have been lawfully admitted but have fallen out of the relevant country's legal immigrant expectations.

CPS Criminal Investigation: Do You Need a Criminal...
How Do I Find A Good Criminal Defense Attorney?