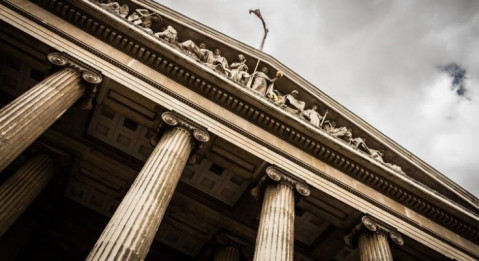 A former financing director for Credit Suisse testified last week in the New York trial of a shipbuilding executive that prosecutors committed several errors in the indictment of the defendant, a blow to the government's case by one of its star witnesses.

Andrew Pearse, former head of Credit Suisse's Global Financing Group, who recently pled guilty to wire fraud conspiracy as part of an alleged scheme involving $2 billion in loans to state-backed entities in Mozambique, made the statement during his fifth day of testimony. Despite the fact that he is cooperating with the government, he said the prosecution's indictment of the defendant is flawed.

Privinvest, an international shipbuilder based in the Middle East, is the contractor for the shipyard projects. Prosecutors maintain that the defendant, a Privinvest executive, along with other parties, set up the deals so that $2 billion allocated to tuna fishing, coastal surveillance and shipyard projects in Mozambique was diverted.

Both the defendant and Privinvest have denied any wrongdoing.

Privinvest argues that it fulfilled all its contractual obligations. All of the ships and related components were built and delivered to Mozambique on-time. Attorneys for Privinvest maintain that the Mozambican entities failed to fulfill their end of the agreement.

When Pearse was asked during cross-examination if prosecutors had accused him of things he had not done, Pearse replied, "There were elements in the indictment that I did not agree with."

Michael Schachter, an attorney for the defendant, asked about allegations made by the government that Pearse had deliberately concealed from the bank's compliance department a due diligence report commissioned by Credit Suisse and prepared by an outside firm that raised concerns regarding several Privinvest executives.Pearse maintained simply, "As I said, there are elements which I did not agree with," Pearse said.

Schachter questioned Pearse about another allegation that he submitted a false memorandum to the risk management team at Credit Suisse, given that the memorandum did not mention Pearse's awareness of kickbacks paid to state officials in Mozambique to facilitate the ship deal. Pearse replied: "At that time I did not have knowledge of bribery of Mozambican officials."

Pearse also denied another allegation that he conspired to circumvent Credit Suisse's internal system of checks and balances by modifying the loan terms so that the International Monetary Fund would not have to be informed of the debt agreement.

"I don't believe that's correct either," he stated.

Prosecutors representing the U.S. government allege that between 2013 and 2016, loans were issued to three Mozambican state-owned entities and that these loans were then sold to international investors, including some in the U.S.

The three state-owned companies in Mozambique signed contracts with Privinvest to secure equipment and services for tuna fishing, coastal surveillance, and shipyard projects in the African nation.

Elder abuse on the rise
Back Injury at Work.

More posts from author
Saturday, 07 December 2019 Settle or Sue: How to Respond to a Dental Injury
Thursday, 28 November 2019 Elder abuse on the rise
Wednesday, 20 November 2019 Ex-Head of Credit Suisse Financing Group Testifies that Multiple Errors Were Made in Indictment of Privinvest Executive